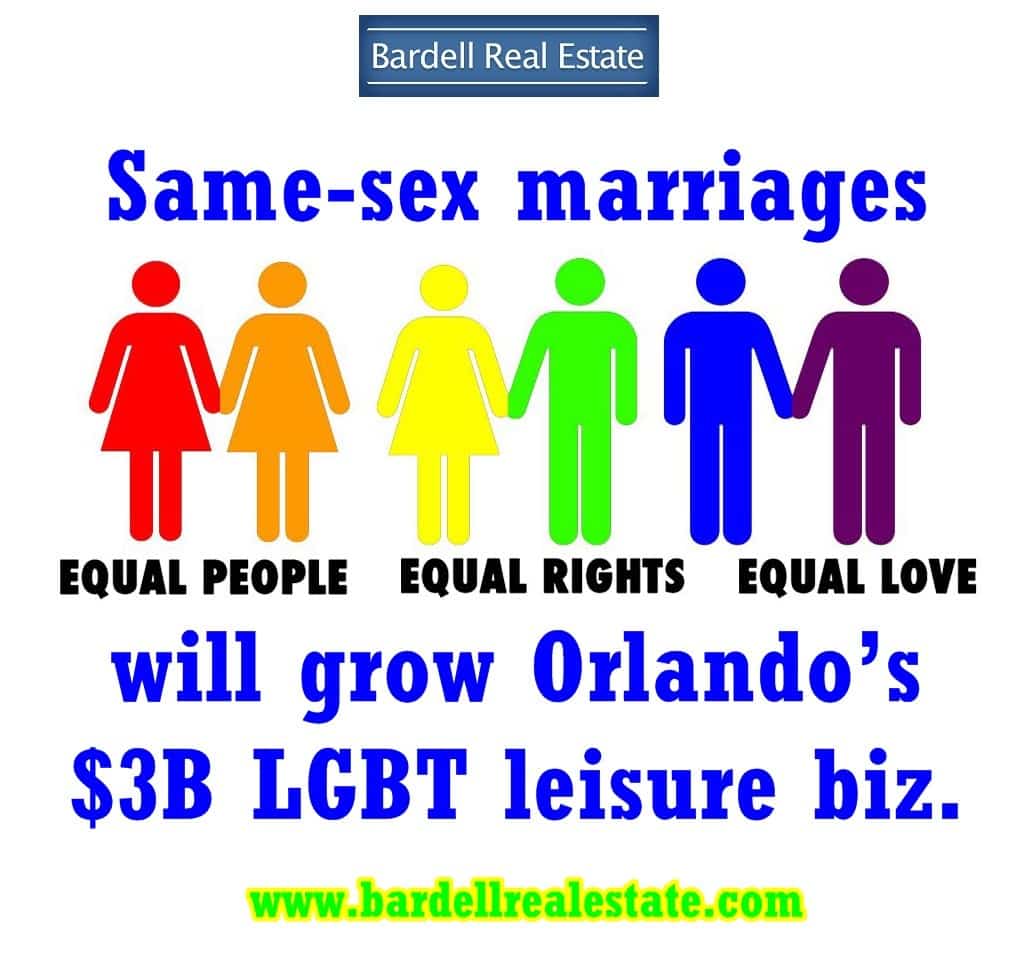 Same-sex marriages in Orlando: It’s a bigger pot of the $30 billion annual LBGT market the region can now tap into.

On Jan. 6, the state of Florida began recognizing gay marriages — a move that should pay Orlando back in spades with tourism and travel. Back in 2013, an LGBT expert told me Orlando already has tapped into $3 billion of gay travel business, but the opportunity for that to grow was there.

One of the biggest hurdles was that Orlando — and Florida as a whole — didn’t openly market to the LGBT community as strong as it could. Sure, the region hosted special days of travel, but the marketability of the region could have been better.

It’s expected now that Orlando may finally see that bump in business as more LGBT couples travel to Central Florida for a wedding and honeymoon, which spells more business for the region’s hotels and restaurants.

The city of Orlando hosted a wedding ceremony today for more than 40 same-sex couples. Check out the slideshow above for a look at the event.

Central Florida’s gay and lesbian travel bureau, Converge Orlando Inc., is gearing up goals to draw more tourists to the region in 2014.

“The Orlando area is in the top 10 most-visited places for LGBT tourists and numbers from the American Hotel and Lodging Association estimate gay travelers spent $3 billion last year in Orlando. We want to build on that organic visitation pattern,” said Converge Executive Director Mikael Audebert.

Diversifying the region’s tourism base is expected to help grow the already-successful $50 billion tourism industry that welcomes 57 million people worldwide.