Located just over a mile from Walt Disney World with easy access to SeaWorld and Universal Studios. Lake Buena Vista Resort and Spa is a 4 star award winning resort surrounded by world class golf courses, restaurants and shopping. This fully furnished, ground floor, upgraded unit has two bedrooms and two bathrooms, a full kitchen with granite counter tops and all the comforts of home right here in the vacation capital of the World. When you are not out about in the theme parks relax outside on your covered patio area or take a short walk to the community pool. With free shuttles to the theme parks, a convenience store, fitness center, games room Spa & Salon and water park complete with Pirate Ship this Resort also benefits from on-site management to take care of bookings and guests. 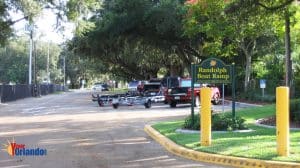 Singh wants to change the way things are done regarding property assessments. He has over a 12 years of experience as a State Certified Appraiser, has held a private practice, and has government experience. As a candidate for Florida’s next Orange County Property Appraiser, Singh says he is ready to “clean up the mess.”

The “mess” Singh speaks of, in an exclusive interview with West Orlando News Online, is centered on the millions of dollars in property assessments that are overturned annually by the Value Adjustment Board. Singh states his opponent current Orange County Property Appraiser, Bill Donegan, is not a qualifier appraiser. He salso states Donegan lacks the experience to competently perform the job. Though he was appointed over a decade ago during the Gov. Jeb Bush administration, Donegan has never appraised a single home. Also, his property valuations are not accepted by major lending institutions.

In direct contrast to Donegan, Singh states he has done thousands of property appraisals. He has also discussed a range of other issues, including protecting seniors, while ensuring they are not taxed out of their homes, fair and equitable property assessments. Singh also wants to create community outreach programs to solicit input, aimed at advancing the Orange County Property Appraiser Office into a new era.

Singh is particularly concerned with the fact that many people in Orange County, Florida know so little about their own property appraiser. “People don’t even know who their property appraiser is,” Singh expresses. “I firmly believe in having outreach programs and plan on implementing a program called Ambassadors… having representatives in the community.”

Singh emphasizes that as a Orange County Property Appraiser it important to break free from the “old” way of doing things and says, “We have got to move into a new way of doing business, with forward thinking… with my leadership, I’m prepared to do that.”

Interested in Florida Property? Let one of Bardell Real Estate’s professionals help you along the way.