States with the most Identity theft

States with the most Identity theft 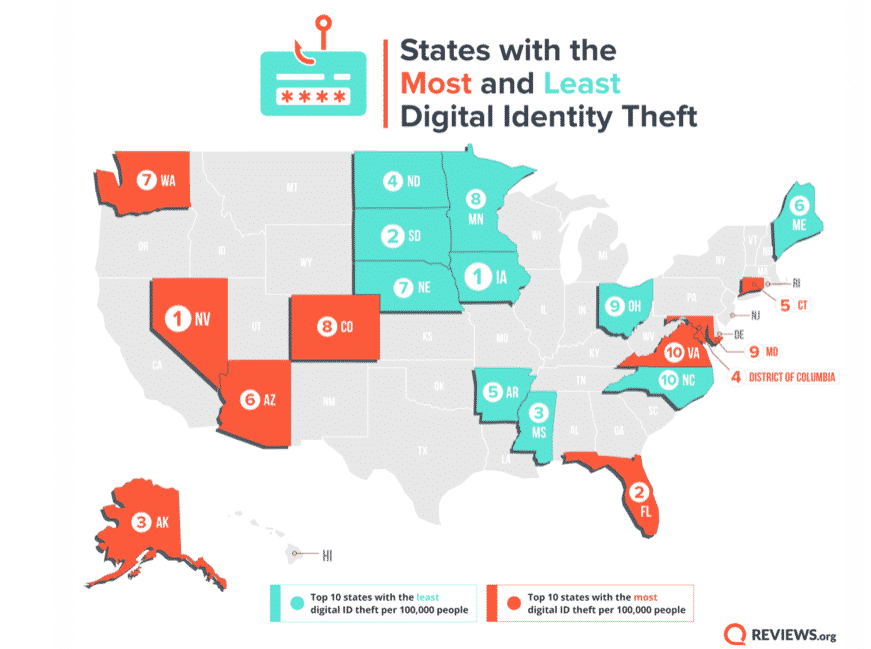 Your identity can be bought for as little as $1,192.58, a new study from Reviews.org shows. Scammers who steal identities and private information through data breaches sell the private information on the dark web, a collection of encrypted websites accessible only through special browsers.

And while you may be at more risk for identity theft depending on where you live, the danger doesn’t necessarily break down into regional categories, the study notes.

Nevada has the highest reports of identity theft and personal data breaches in the country, according to the study. Iowa has the fewest reports of these crimes.

ake steps to keep your personal data safe. For example, use a virtual private network to access the internet so that your information is encrypted. Also, review this cybersecurity checklist from the National Association of REALTORS® to ensure you’re taking the necessary steps to keep yourself and your business safe from a breach.