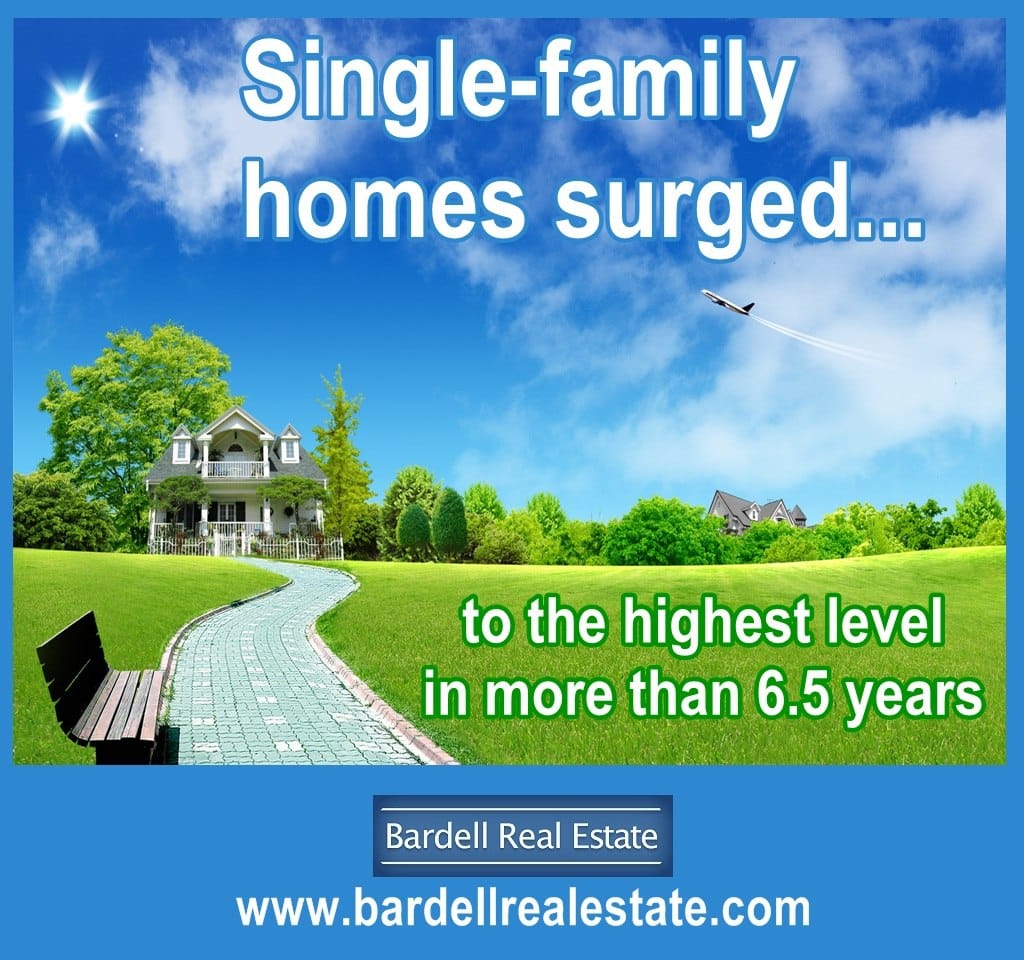 Housing starts for single-family homes surged to the highest level in more than six-and-a-half years, a promising sign at the end of 2014, the Commerce Department reported Wednesday.

“The last piece of the economic puzzle is starting to come together now as housing construction is coming back. The housing market is continuing to heal,” Chris Rupkey, chief financial economist at MUFG Union Bank in New York, told Reuters.

Homebuilding has been significantly low despite recent economic growth. Household formation has been running at about 500,000 a year – way below the 1-million mark that most economists consider healthy for the sector.

But the Commerce Department’s report on Wednesday hints at a turnaround: Single-family housing starts, the largest portion of the homebuilding market, rose 7.2 percent to a seasonally adjusted annual pace of 728,000 units in December. It’s the highest level since March 2008.

Meanwhile, groundbreaking on the volatile multi-family market fell slightly at 0.8 percent in December.

Economists point to several factors as helping to lift the new-home market, notably the 30-year mortgage rate is down more than 80 basis points from early 2014, the government’s move to ease credit conditions, and overall wage and employment growth.

“This should allow for many more individuals to enter the market. We expect much of the improvement to occur in sales at the lower end of the market, which has been lagging the overall housing recovery,” says David Nice, an economist at Mesirow Financial in Chicago.

Overall for 2014, groundbreaking on single-family and multifamily homes rose 8.8 percent to 1.01 million units – the highest since 2007.

However, the new-home market still has a ways to go. Building permits – a sign of future homebuilding activity – dropped 1.9 percent in December – mostly attributed to an 11.8 percent drop in the multi-family segment. Yet, single-family permits increased 4.5 percent, marking the highest level since January 2008. Building permits in the South in December reached their highest level since February 2008.