Shipt to deliver groceries from Publix

Shipt to deliver groceries from Publix across Central Florida 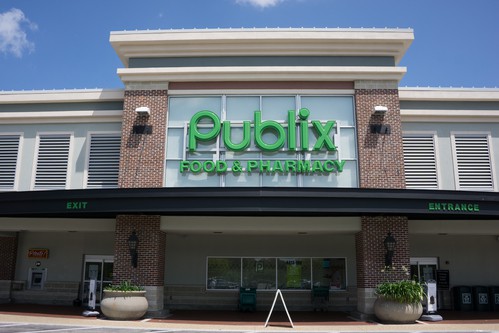 Shipt plans to launch service in the Orlando area Sept. 5 after starting it in Tampa earlier this month.  The program allows customers to pay a $99-a-year membership and get a free delivery on orders of more than $35.

Groceries are more expensive through the service, about $5 more on an order of $35, according to Shipt’s website.

Customers can order through the website or through mobile-phone apps, and Shipt promises delivery in as little as an hour.

Shipt spokeswoman Allison Lavender said the company is starting the service using Publix because it is the largest supermarket in the market, but it could expand to other grocers in the future.

But the delivery service is not affiliated and does not have a partnership with Publix, said Publix spokesman Dwaine Stevens.

“At this time, Publix is not affiliated with Shipt, the app-based grocery-delivery service, therefor we do not have any control over the pricing, fees, or offerings of the service,” Stevens said.  “We are aware of Shipt using our name in their advertisements; howeverwithout an established partnership, any use of the Publix name is without our consent.”

Shipt is also offering a 50 percent discount on membership for the first year.

Shipt is part of the new wave of independent-contractor businesses, following along with Uber, Lyft and Orlando-based Door Step Delivery.  Contractors use their own vehicles and are not employees of the company.

Shipt says it is recruiting drivers in the Orlando, Kissimmee and Sanford areas.

The company also has service in South Florida; Nashville, Tenn; Birmingham, Ala.; and Dallas.