Orlando Properties for Sale – “Better to do sooner than later” 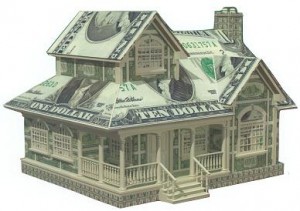 Time to search for Orlando Properties for Sale is now!!! The benchmark 30-year fixed-rate mortgage slipped to 4.08 percent from 4.1 percent last week, according to the Bankrate.com national survey of large lenders. One year ago, that rate was 4.44 percent. Four weeks ago, it was 4.1 percent. This is the third weekly decrease in a row. The mortgages in this week’s survey had an average total of 0.29 discount and origination points.

No industry expert polled this week by Bankrate.com expects rate drops over the short term, but two out of three (69%) predict no change. The remaining 31% foresee an increase.

And the 5-year Treasury-indexed hybrid adjustable-rate mortgage (ARM) also fell this week. It averaged 3.01 percent t with an average 0.5 point, down from last week’s 3.02 percent. A year ago, the 5-year ARM averaged 2.95 percent.

The 1-year Treasury-indexed ARM averaged 2.44 percent this week with an average 0.4 point, up from last week’s 2.43 percent. At this time last year, the 1-year ARM averaged 2.61 percent.