Four serviced apartments in the Admiralty Arch — a London landmark built in 1912 and commissioned by King Edward VII — went on sale this week and can be purchased either individually or as one huge property.

If sold as one residence, the property next to Buckingham Palace could fetch up to £150 million, both the Telegraph newspaper and the Evening Standard said, citing unnamed estate agents. This assumes the property would fetch £8,000-£9,000 per square foot and the buyer would pay stamp duty (a U.K. property purchase tax) of over £16 million.

If sold for £150 million, the apartment would set a new London and U.K. record, trumping the reported £140 million sale of One Hyde Park in 2014.

The team behind the Admiralty Arch issued no price estimate, but confirmed to CNBC the four apartments were on sale and could have residents within three years. Each apartment has between two and six bedrooms and spans between 1,700 and 7,100 square feet.

Famous visitors to the Admiralty Arch have included Queen Elizabeth II, while James Bond-creator Ian Fleming once worked inside.

The Grade I-listed building is being restored by Prime Investors Capital, a real estate investment vehicle established by Spanish developer Rafael Serrano. Serrano has a 250-year lease to convert the building into a 100-bedroom hotel, health spa, private members’ club, as well as private residences.

Twelve hotel groups have shown interest in running the Admiralty Arch, highlighting the resilience of the London ultra-luxury property market since the U.K.’s vote to leave the European Union last month.

However, the proximity of the Admiralty Arch to Buckingham Palace has attracted controversy, with detractors suggesting Serrano’s project could risk national security. 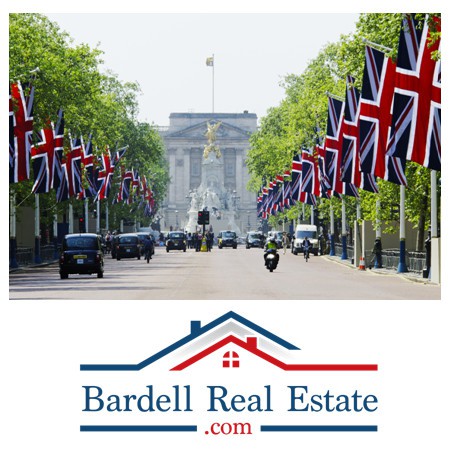