Is Owning a Home More Affordable than Renting?

Is Owning a Home More Affordable than Renting?

Is Owning more Affordable than Renting? 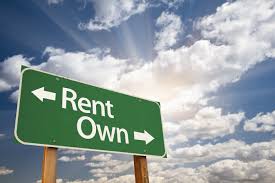 According to new data from ATTOM Data Solutions, Owning a home is more affordable than renting a similar property in just over half of the country!

“Homeownership is a better deal than renting for the average wage-earner in a slim majority of US housing markets,” said Todd Teta, chief product officer at ATTOM Data Solutions. “However, there are distinct differences between different places, depending on the size and location from core metro areas. For sure, either buying or renting is a financial stretch or out of reach for individual wage-earners throughout most of the country in the current climate. But with interest rates falling, owning a home can still be the more affordable option, even as prices keep rising.”

Homeownership, however, isn’t a good deal in most populous markets. Rending is more affordable than owning in 69% of counties with populations of 500,000 or more, and 84% of counties with a population of at least 1 million, according to ATTOM Data Solutions.