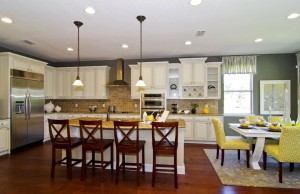 “Foreclosures and serious delinquency rates continue to drop as the home purchase market begins to emerge from its eight-year slump,” says Anand Nallathambi, president and CEO of CoreLogic. “Based on the current trends in completed foreclosure rates, we expect the foreclosure inventory to drop below 1.3 percent by midyear, a level not seen since the end of 2007. Many states in the Northeast and Midwest, as well as Florida, still have elevated levels of distressed housing, but they are making more rapid progress as of late. In March, foreclosures in these areas accounted for a large proportion of completed foreclosures.”

The five states with the highest number of completed foreclosures in the past year are Florida, Michigan, Texas, Georgia, and Ohio.

As foreclosures decrease, the number of normal sales increase. Are you ready for the next step in purchasing your Florida Vacation home? Don’t waste any time! The Sunshine State is calling, can you hear it? Contact one of our experienced agents today and we’ll answer any and all of your questions.