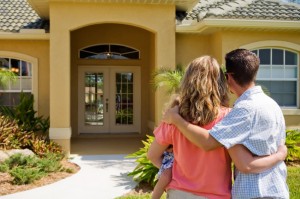 Florida New homes sales are said to ‘rev’ up in 2015 according to Florida Realtors ®. Not only will this increase sales for new homes but its said to increase jobs as well!

The economists also said that renter growth will keep the multifamily market at cruising altitude or higher.

“Single-family builders are feeling good. They are not overly confident, but confident enough to keep moving forward,” says NAHB Chief Economist David Crowe. He says the single-family sector will finish out the year much stronger than it began, and he set the stage for a robust 2015.

“This is mostly due to significant pent-up demand, and steady job and economic growth that will allow trade-up buyers who have delayed home purchases due to job insecurity to enter the marketplace,” say Crowe.

The economists used the 2000-2003 period as a benchmark for “normal housing activity,” and, in comparison, single-family starts in the third quarter of this year are 48 percent of normal. However, NAHB predicts that they’ll rise to 90 percent of normal by the fourth quarter of next year.

Multifamily starts, which Crowe says are currently at a normal level of production, are projected to increase 15 percent by the end of this year and hold steady in 2015.

Meanwhile, the NAHB Remodeling Market Index matched its all-time high of 57 in the third quarter of 2014, and it’s been above 50 for six consecutive quarters. A reading above 50 indicates that more remodelers report market activity is higher (compared to the prior quarter) than report it’s lower.

Housing to soon be undersupplied?

“The reason is that job growth is quite strong,” says Zandi. “Currently, we’re creating about 225,000 jobs per month, or 2.75 million per year. That is double the pace necessary to reduce unemployment and under employment, which augers very, very well for housing demand and the housing market more broadly.”

With the current supply of housing running just over 1 million units on annualized basis, Zandi said that this figure is well below what’s needed for the longer run.

In the aftermath of the Great Recession, new household formations were depressed as the number of Millennials living with their parents or doubling or tripling up in apartments soared to about 3 to 4 million above normal, according to Zandi. As the economy continues to improve and these 18-to-34 year-olds begin to form their own households, it will boost overall demand for new housing construction.

“In a normal year, there should be demand for 1.7 million units,” Zandi says.

Taking this one step further, Zandi said that increasing the housing stock by 700,000 units to meet this unmet demand would create 2.1 million jobs, which “would reduce unemployment by 1.5 percentage points.”

By the end of 2017, Zandi expects mortgage rates to rise from their current rate of about 4 percent back to their “equilibrium” of 6 percent, which he noted would be very consistent with a solid job market and solid housing market. “The housing market will be fine because of better employment, higher wages and solid economic growth, which will trump the effect of higher mortgage rates,” he says.

Zandi predicts that single-family starts could close in on 1 million units by the end of 2015, and multifamily production could go as high as 500,000 units.

Delving beneath the national numbers, Robert Denk, NAHB’s assistant vice president for forecasting and analysis, noted the housing recovery will vary by state and region.

“We’re getting back to the point where economic conditions are dictating the strength of local housing markets,” says Denk. “It’s very clear that those states with higher levels of payroll employment or labor market recovery are associated with healthier housing markets.”