Florida is Here to Help! 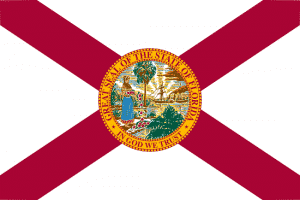 TALLAHASSEE, Fla. – Oct. 6, 2017 – Today, Governor Rick Scott announced that the Trump Administration has approved his request to enter into a Host-State agreement with the Federal Emergency Management Agency (FEMA).

The agreement approves 100 percent federal reimbursement for costs incurred by the State of Florida for costs related to accommodating Puerto Ricans displaced by Hurricane Maria, including sheltering operations and other support for people currently in Florida as well as those arriving from Puerto Rico.

The complete agreement is posted online.

While no one can predict how many Puerto Ricans might choose to move to Florida and other states, some estimates have run as high as 100,000 over the upcoming weeks and months. It’s also too soon to predict how many will choose to stay permanently rather than return to Puerto Rico after the electrical grid and other infrastructure repairs have been completed.

“The number one concern that I’ve heard from families displaced by Hurricane Maria is that they need a safe place to stay so they can begin rebuilding their lives,” says Scott. “This agreement with the federal government … will allow Florida to continue helping displaced families while they are in Florida. Since Hurricane Maria hit Puerto Rico last week, we have been engaged in relief and response and we will continue to make sure that Florida is providing as much support and hospitality as possible.”

Scott also announced the opening of three disaster relief centers in Port of Miami, Orlando International Airport and Miami International Director Airport. The governor’s website has an overview of the things Florida is doing to support Puerto Ricans as they cope with the aftermath of Hurricane Irma.