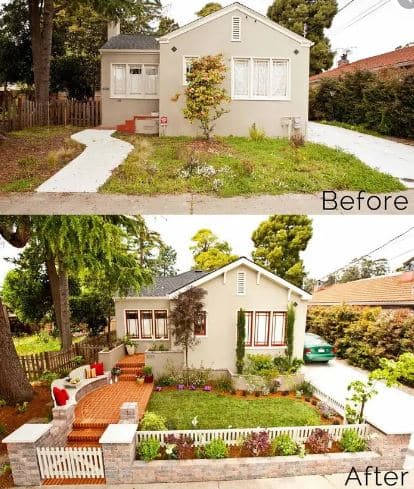 How Much Does Curb Appeal Affect Home Value?

How Much Does Curb Appeal Affect Home Value? Homes with high curb appeal tend to sell for an average of 7% more than similar houses with an uninviting exterior, according to a joint study by the University of Alabama and the University of Texas at Arlington. Further, the premium rises to as high as 14% in slower real estate markets with greater housing inventory, shows the study, which was published in the Journal of Real Estate Finance and Economics.

Researchers examined Google Street View photos and sales data from 88,980 properties in the Denver metro area to find how much curb appeal matters to a home’s value. The researchers found that the curb appeal of neighboring properties also has an impact on a home’s value. The appearance of the yard next door accounts for about a third of a home’s overall premium, the study notes.

It’s common knowledge that curb appeal affects a home’s value, but quantifying the financial impact is a challenge, Sriram Villupuram, a senior author of the study and an associate professor at UT Arlington, told The Wall Street Journal. “It’s observable, but not quantifiable,” Villupuram says. The researchers manually scored a set of properties using Google Street View on a scale of one to four (one indicates lowest curb appeal; four indicates highest).

Many appraisers evaluate a home based on interior features like the number of bedrooms and bathrooms, square footage, and home improvements. But Villupuram told the Journal that the study’s ultimate goal is to create an algorithm that could be used to automate assessments of curb appeal. Villupuram says that could make it easier for large investors, banks, and institutions to include such assessments in their property appraisals.