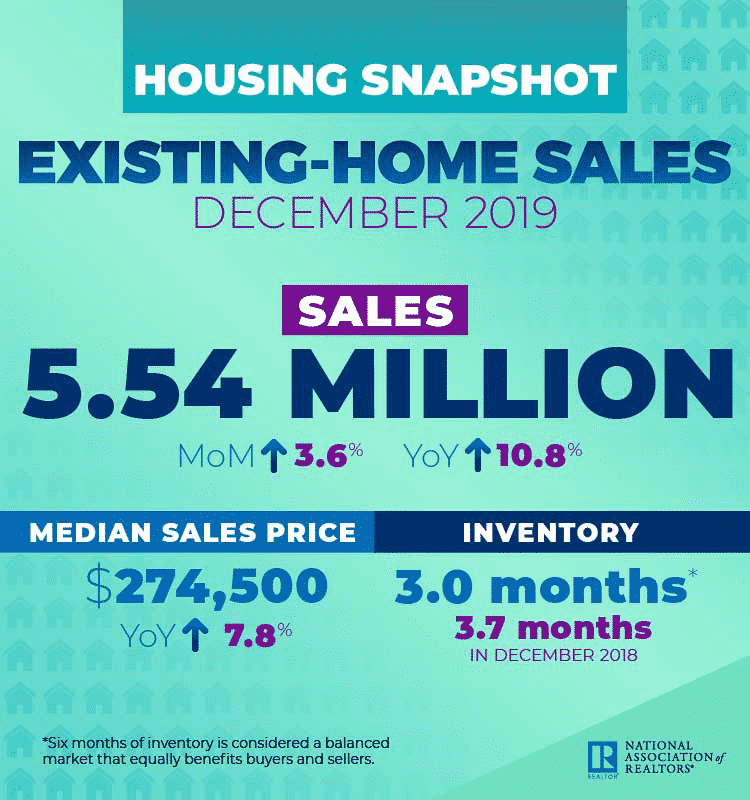 December Home Sales Repor is bouncing back after a slight fall in November, according to the National Association of Realtors®. Although the Midwest saw sales decline, the other three major U.S. regions reported meaningful growth last month.

Total existing-home sales,1 https://www.nar.realtor/existing-home-sales, completed transactions that include single-family homes, townhomes, condominiums and co-ops, increased 3.6% from November to a seasonally-adjusted annual rate of 5.54 million in December. Additionally, overall sales took a significant bounce, up 10.8% from a year ago (5.00 million in December 2018).

The median existing-home price2 for all housing types in December was $274,500, up 7.8% from December 2018 ($254,700), as prices rose in every region. November’s price increase marks 94 straight months of year-over-year gains. “Price appreciation has rapidly accelerated, and areas that are relatively unaffordable or declining in affordability are starting to experience slower job growth,” Yun said. “The hope is for price appreciation to slow in line with wage growth, which is about 3%.”