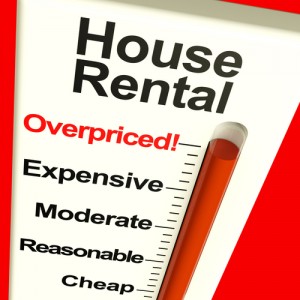 After renting for years and cleaning up her foreclosure-bruised credit, Hunters Creek resident Tabetha Morway just purchased a new house with mortgage payments less than her rent.

“From my experience, people are still leery about getting mortgages,” Morway said. “They’ve heard so many horror stories and the risk is still there, but they’re starting to take the leap they wouldn’t have taken a few years ago. People are keeping their jobs and getting raises.”

Building permits for houses in Orlando increased by 20 percent for the first half of this year compared to the same period last year, according to the National Association of Home Builders. Orlando’s home-construction rate grew twice as much as the nation’s and also more than Florida’s 15 percent growth.

It’s a change for Central Florida, where former homeowners had been flocking to rentals: The region’s home-ownership rate dropped from 77 percent to 59 percent during the decade that ended in 2013, according to Orlando Sentinel research.

Morway will be moving to the Legacy Park subdivision in Kissimmee, where builders said they had to slow down on preparing lots for buyers because the home sites were about to run out.  “We’re having to slow down the sales because we’re selling them so quickly,” said Park Square Homes Sales Director Jared Weggeland.

MetroStudy reported that Orlando-area home builders have added about 100 model homes this year, a telling sign.  “We’ve gone from 375 to 475 models in six months so builders are selling out of lots and communities they held for years — possibly before the bust,” said Anthony Crocco, regional manager for MetroStudy.

New-home construction prices are also rising. Average new-home prices in the region grew 8 percent in the second quarter from a year earlier to reach $320,400, according to Charles Wayne Consulting. That puts new-home prices rising at the same rate as single-family and vacation homes for that period, according to Florida Realtors.

During the last year alone, Orlando-area rental rates climbed 7.9 percent to reach an average of $1,005 and vacancies plummeted to 3.5 percent, according to commercial brokerage firm Marcus & Millichap. Looking ahead, projections call for apartment rents to increase another 5.9 percent during the next four quarters but an array of new apartments may edge up vacancy rates to 4 percent, Marcus & Millichap reported.

Rising rental rates have translated into home sales particularly at first-time buyer communities like Legacy Park but new-home sales overall don’t compare with fast pace of home building. New-home closings were up only 4 percent from the second quarter of 2014, according to Charles Wayne Consulting. And MetroStudy described them as generally flat during the past year.

Crocco said it’s typical for starts to outpace closings for the second quarter, “although the magnitude of the difference is high for the market.” Despite the gap, he projected construction to rise along with new employment and other factors.

Before Morway purchased the house she’s having built at Legacy Park, her monthly rent in Hunters Creek had increased from $900 to $1,400 during the last six years.

How reviving! Rising rental prices encourages the buying process, making a huge impact in our real estate market. Home owners will also benefit from this rise in rental prices on their single-family vacation homes in the Central Florida area. Purchasing a home is not done with a snap of a finger. We suggest you do not buy directly from the builder as their interest is with the builder, not you as the buyer. New home construction varies depending on your price range and desired location. Follow this link to learn more about new home construction breaking ground in and around the Four Corners area.