Property in Orlando ~ Better times ahead 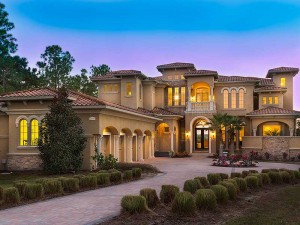 When thinking about purchase a Property in Orlando we sure think about the economy and here it’s what the Director of the Federal Housing Finance Agency (FHFA) Mel Watt joined National Association of Realtors® (NAR) Chief Economist Lawrence Yun and Julian Castro, Secretary of Housing and Urban Development, is predicting for the near future:

“The economy finally regained the 8.8 million jobs lost during the downturn, and we’re starting to see more workers showing a willingness to quit, which usually signals they’re becoming more mobile and confident they can find a higher paying job,” Yun said. “Rising wages and the current pace of rising rents would likely persuade the Federal Reserve to raise short-term interest rates, which have hovered near zero for six years.”

NEW ORLEANS – Nov. 10, 2014 – Existing-home sales are expected to be higher next year, and prices will remain at a healthier level of growth that benefits both buyers and sellers, according to an economic forecast during the 2014 Realtors® Conference & Expo.

Yun said existing-home sales this year got off to a slow start, but have recently shown stronger growth behind improvements in inventory, slower price gains and pent-up demand. “The improving job market has consumers feeling more confident, and the rebound in home prices is building household wealth for homeowners and giving them the ability to sell after waiting the last few years,” said Yun.

Despite the forecasted higher pace of sales in the next two years, Yun said headwinds remain that could easily hold back the housing market from reaching its full potential. Citing NAR’s monthly Realtors Confidence Index – which has decreased this year while consumer confidence has risen – Yun said Realtors remain generally optimistic, but certain factors, such as inventory shortages in parts of the country and tight lending standards, may have caused the recent dip in confidence.

“Multi-family housing starts have rebounded back to normal since the downturn, mostly due to the strong demand for renting,” said Yun. “On the other hand, single-family housing starts are still lagging as smaller homebuilders continue to face difficulty obtaining construction loans, and some have even gone bankrupt. Single-family construction still needs to increase to alleviate supply shortages and keep up with the pent-up demand.”

“The typical homeowner today has a household net worth of around $200,000. Meanwhile, renters aren’t benefitting from the rise in prices and are facing annual increases of their own in the form of higher rents.”

In addition to lagging inventory and rising rents, Yun said tight credit standards, an increase in multi-generational households and student debt contribute to the decrease in first-time buyers. That group has hit a low not seen since 1987. The new credit scoring calculation recently announced by Fair Isaac Corp., or FICO, is a good thing for first-time buyers, Yun added, but mortgage insurance premiums are too high in relation to default rates.

FHFA’ Mel Watt said many creditworthy borrowers have enough income to afford monthly mortgage payments, but not a large downpayment and closing costs, and FHFA will offer loans with as little as 3 percent down. Because downpayment size isn’t the best indicator of a borrower’s ability to repay, the enterprises (Fannie Mae and Freddie Mac) will also evaluate the full financial picture of a borrower, including credit histories and other compensating factors.

When NAR President-elect Chris Polychron asked Watt how to ensure that lenders will offer low downpayment loans, Watt said FHFA has made efforts to clarify the rule for lenders and make credit more available, but it will take Realtors, lenders and regulators to break down these barriers and get the word out to the public.

Julian Castro said that HUD is committed to doing everything it can to get credit moving again and working with Realtors to help responsible Americans achieve their dreams of owning a home.

Yun expects inflationary pressure to force the Fed to raise short-term rates in the first half of 2015. He projects that mortgage interest rates will increase to slightly below 5 percent next year and reach 6 percent in 2016.