Mortgage Rates for home loans were little changed near long-time lows, providing a little breathing room for would-be buyers even as policymakers are increasingly taking an interest in housing matters.

The 30-year fixed-rate mortgage averaged 4.35% in the February 28 week, mortgage guarantor Freddie Mac said Thursday. That was unchanged from the prior week and the lowest in a year. The popular product has eked out a weekly increase only once in 2019.

Lower mortgage rates are helping the housing market. Applications for mortgages, for both purchases and refinances, jumped in the most recent week, according to data from the Mortgage Bankers Association. VA loans surged 14%, perhaps because Congress is currently considering legislation that would pay for benefits for Vietnam War veterans by raising the guarantee fees on new mortgages, as reported last summer.

There are plenty of other discussions going on in Washington about housing, as well. This week, the Senate Banking Committee voted to advance the nomination of Mark Calabria to lead the Federal Housing Finance Agency, the regulator for Freddie and its counterpart, Fannie Mae. As MarketWatch has reported extensively, Calabria’s presence is likely to help accelerate the release of the two enterprises from government control. And the long-standing issues facing the housing market are also grabbing attention. The National Association of Home Builders on Wednesday commended Democratic Senator Mike Thompson “for raising concerns… that tariffs on Chinese goods represent a $1 billion tax on housing and harm housing affordability” at a trade hearing. 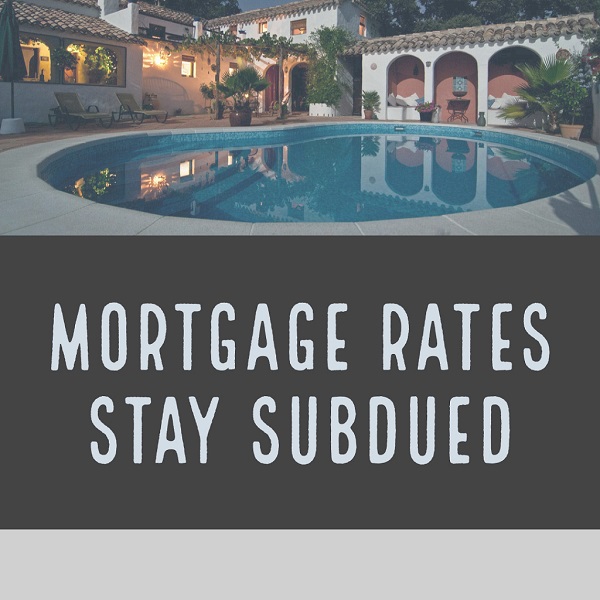 Meanwhile, New Jersey Democrats said earlier in February that they would introduce legislation to roll back some of the 2017 tax law changes, like the ability to deduct state and local taxes, which have hammered higher-cost-of-living areas. Perhaps most promising for big changes in housing is the fact that at least three Democratic contenders for the presidency have housing policy proposals.

Multiple sources have told MarketWatch that they expect housing issues to have a key role in the 2020 election. For the observers who believe that a lack of resolution to the 2008 crisis led to the 2016 outcome – and to anyone priced out of a rental or ownership – that could be welcome news.